Home » Blog » What to see in Emilia Romagna, Italy, a list of the best places

What to see in Emilia Romagna, Italy, a list of the best places 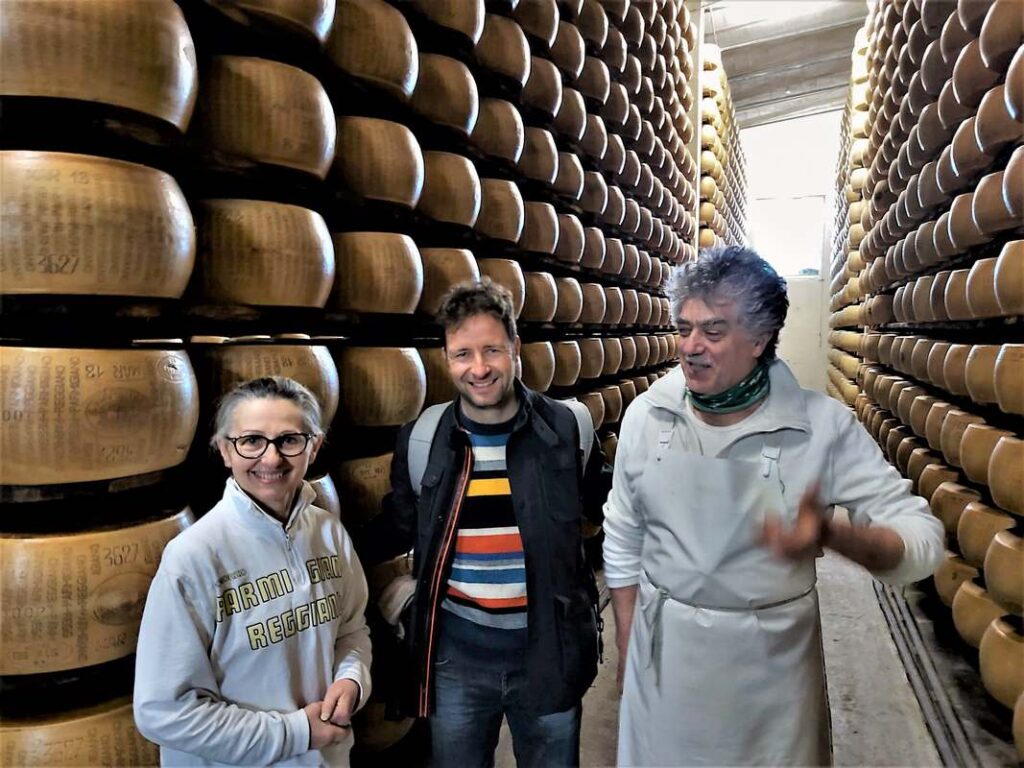 Emilia Romagna is a triangle-shaped region, cut exactly in half by a road that was built in the ancient Roman times. The via Emilia (from which the region takes its name) was born in 187 BC.

Over the centuries the region has been at the center of commercial exchanges, flourishing agricultural and manufacturing activities. Furthermore, here (in the city of Bologna) the oldest University of Europe was established in 1088. All this made the embellishment of the cities necessary, with the squares that hosted cathedrals and treasure chests of art, created by artists of various eras. For its central position, it has always been a destination for visitors from all over Europe and beyond.

The region has a rich landscape. To the west, there are the Apennine mountains, green and quiet corners, where it is also possible to find thermal springs. To the east, the wide plains that extend towards the Adriatic Sea, always a holiday resort for families.

These are land and water which, like every beautiful corner of Italy, represent the essence of the Mediterranean landscape. 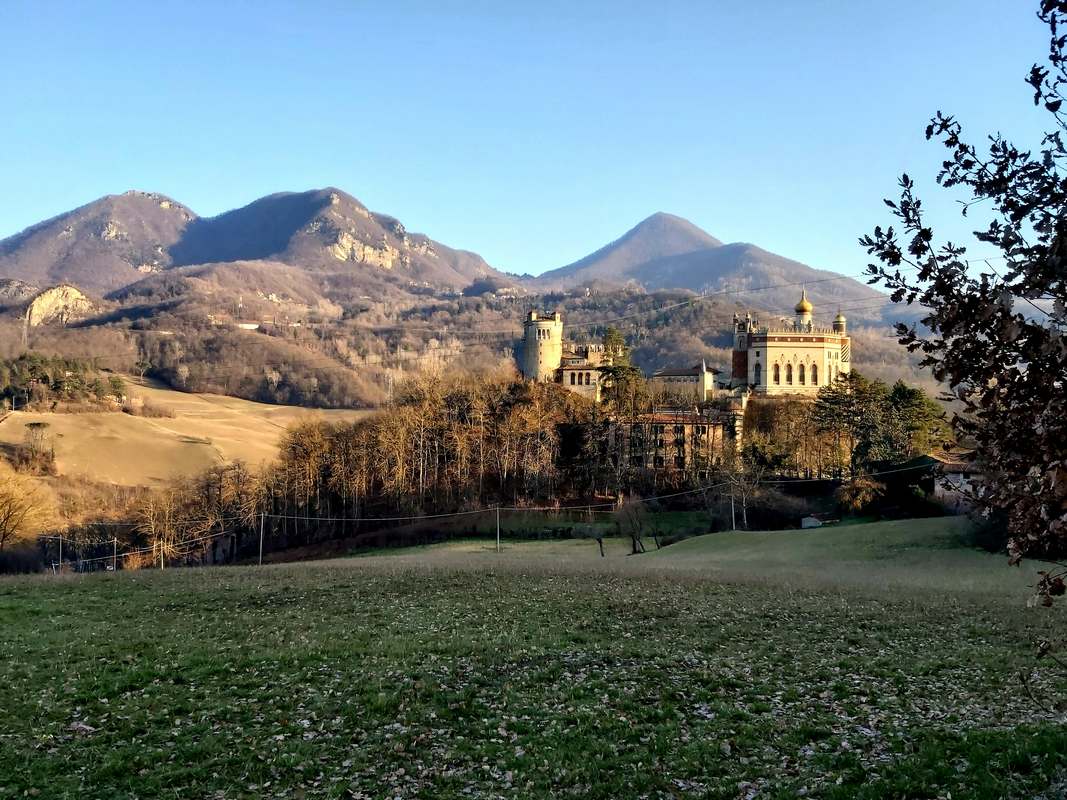 1. A breath of fresh air in the Apennine mountains 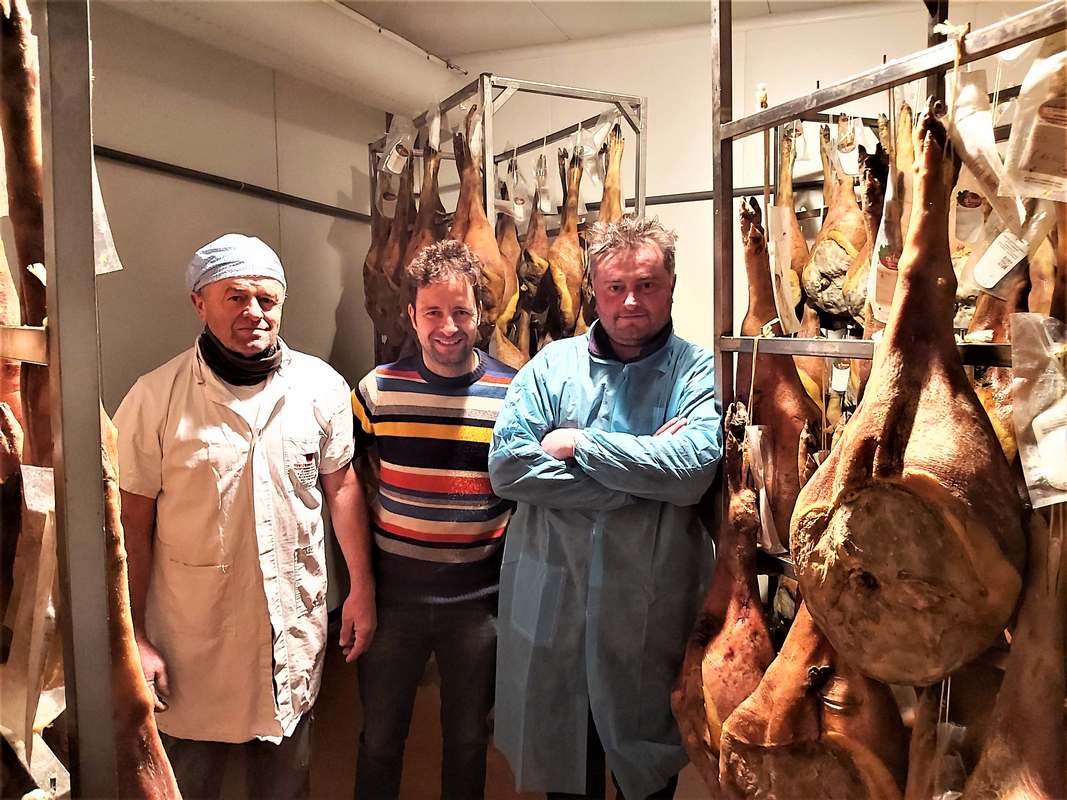 Emilia-Romagna is home to some of the culinary specialities that have led to Italy’s worldwide fame: Parmigiano Reggiano cheese, Parma ham, traditional balsamic vinegar from Modena and Reggio Emilia, Culatello salami, tagliatelle and tortellini pasta. Who hasn’t heard of at least one of these? And how can we forget the vast selection of traditional wines? There are Sangiovese, Lambrusco, Albana and Pignoletto, to name just a few of the most well-known labels. Then there’s the region’s cuisine, with its own tradition, its own chefs and, most importantly, its own recipes, for everyday cooking and festivities alike. This is where mastery and brilliance collide, and especially the skill in being able to transform fine, local products into something truly unique. Could a region with so much love for food and dining really be without museums and venues focused on food and flavour? This is what makes Emilia-Romagna the land of flavours and traditions, a place where the word ‘cuisine’ means ‘culture’ above everything else: a culture to discover, share and, most of all, savour. Of course you can visit the place of production of all these specialties, and experience how food craftsmen keep the traditions alive since Centuries. 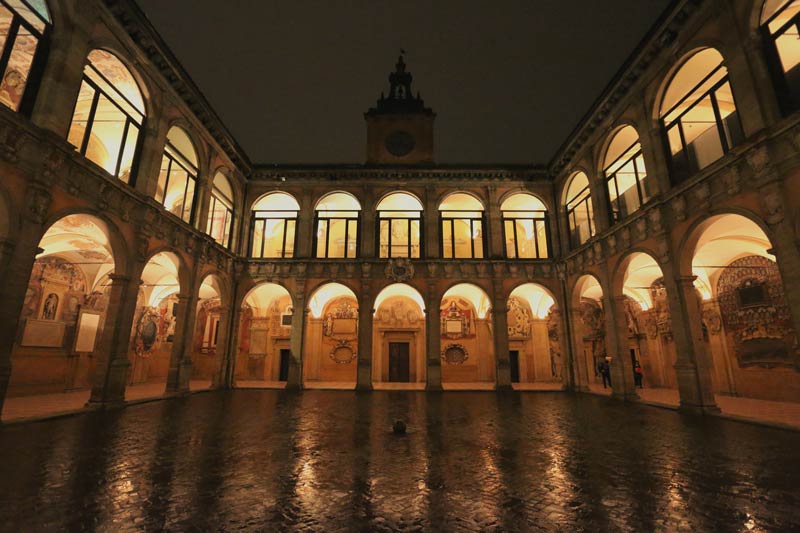 The University of Bologna is a research university. Founded in 1088 by a guild of students, it is the oldest public university in the world,  as well as one of the leading academic institutions in Italy and Europe. It is one of the most prestigious Italian universities, often in the first places of national rankings.  It was the first place of study to use the term universitas for the corporations of students and masters, which came to define the institution (especially its famous law school) located in Bologna. 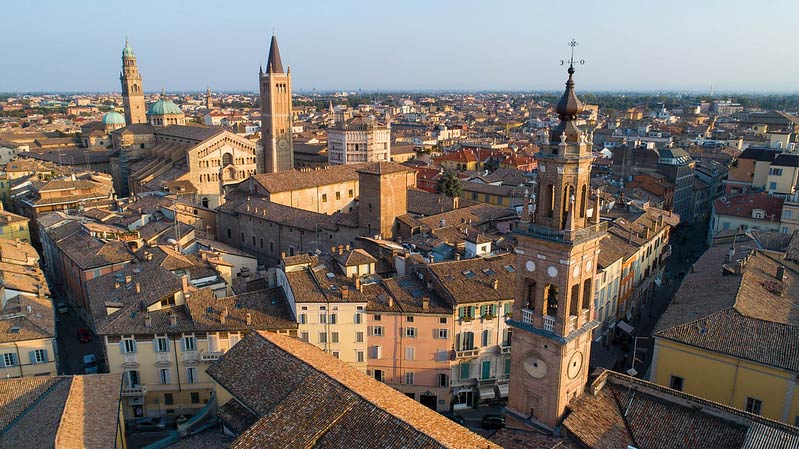 4. Parma, a treasure trove of music and good life

Parma is an ancient city of Emilia-Romagna, in the northern part of the region, called Emilia. It is rich in culture. Romanesque buildings, including the Parma Cathedral with its frescoes and the pink marble Baptistery, adorn the historic center. The Regio Theater, dating back to the 19th century, hosts classical music concerts. Music in the city is a centuries-old tradition. The National Gallery, inside the imposing Palazzo della Pilotta, displays works by the painters Correggio and Canaletto. It is also famous all around the world for Parmigiano Reggiano and Parma Ham. 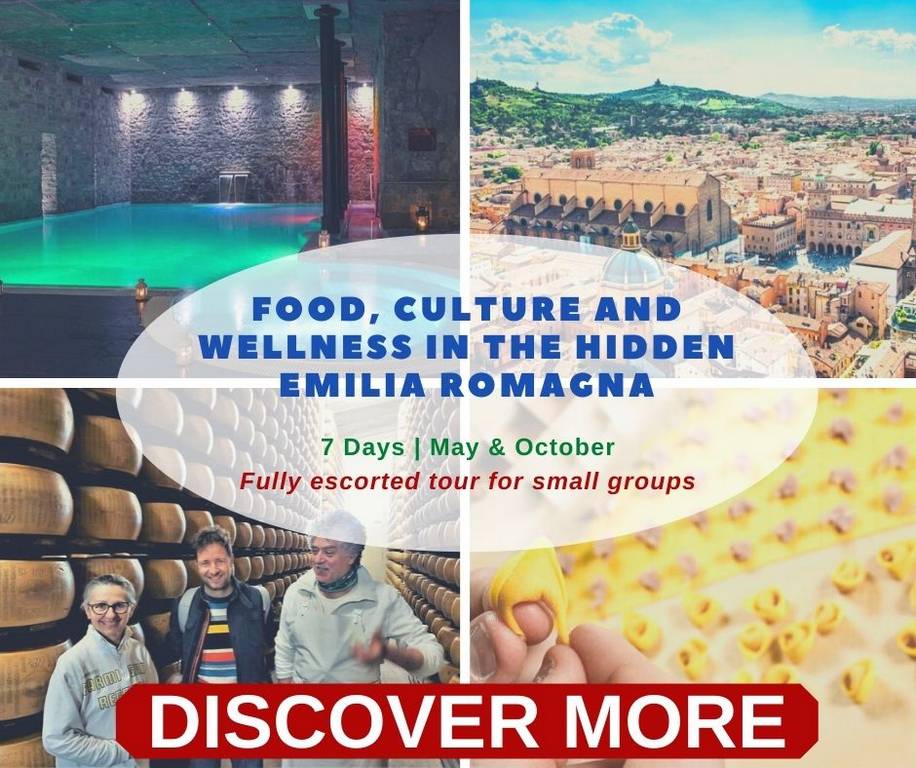 5. Modena, between art and motors

6. Ravenna and its mosaics 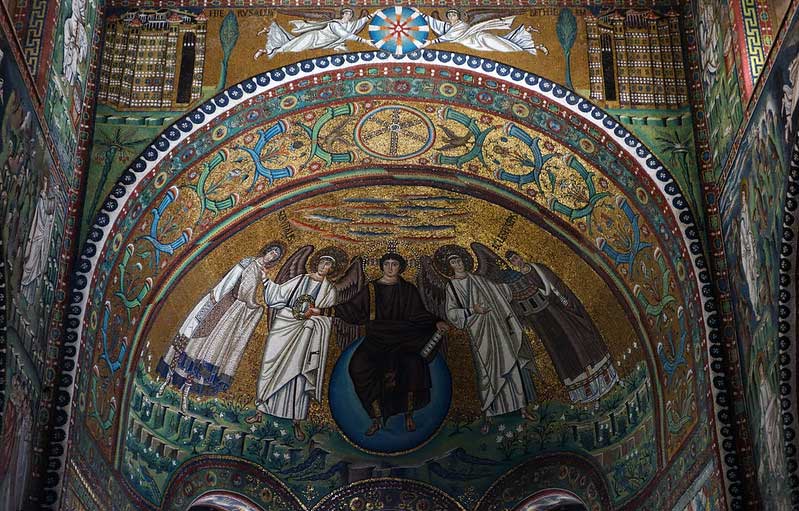 Ravenna is a city in Emilia Romagna known for the colorful mosaics that adorn many of the buildings in the historic center, for example the octagonal Basilica of San Vitale, the Basilica of Sant’Apollinare Nuovo, dating back to the 6th century, and the Mausoleum of Galla Placidia with cross plan. To the north of the center is the Mausoleum of Theodoric, built in the 6th century for King Theodoric the Great, a circular Gothic stone funerary building with a monolithic dome. It is a city located south-east of the region, in the area called Romagna. 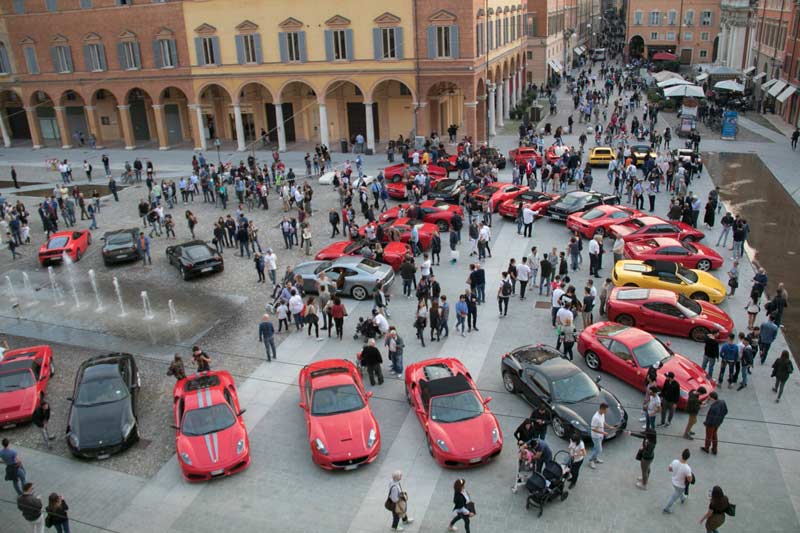 Motor Valley is an industrial and cultural district located in Emilia-Romagna internationally known for being the place where some of the world’s most important automotive and motorcycle brands were born, such as Dallara, Ferrari, Maserati, Pagani, Lamborghini, Ducati and Tazzari.

As the name suggests, the Motor Valley embraces the entire Emilia-Romagna region, extending from the province of Parma to Rimini, along the Via Emilia. The companies in the district, mainly concentrated in the metropolitan area of ​​Modena, Bologna, Cento and Argenta, represent world-class excellence in the field of research, development and production of technology for the automotive sector, both handcrafted and industrially, but these are not the only elements that animate the “land of engines”. The territory is in fact dotted with museums, private collections and prestigious international circuits with a strong cultural impact and considerable tourist interest.

8. The Arcades of Bologna 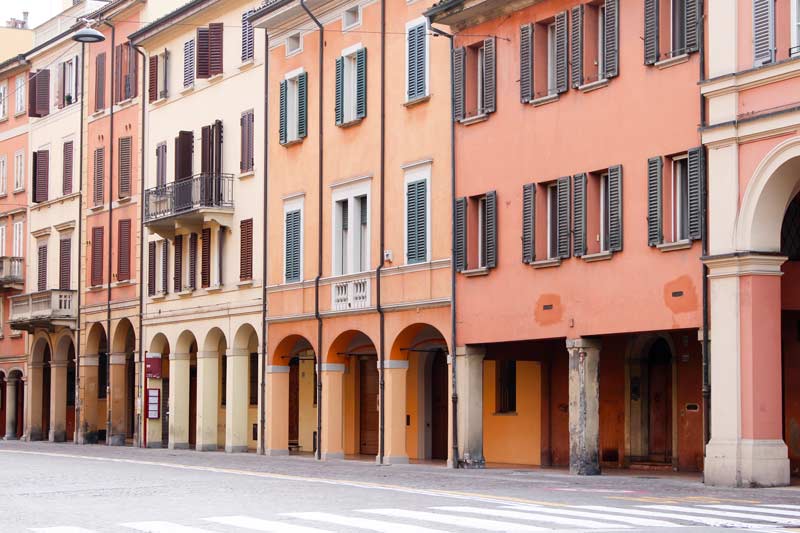 The arcades of Bologna represent an important architectural and cultural heritage for the city and one of its symbols together with the numerous towers. There is no other city in the world that has as many arcades as Bologna: all together the arcades measure more than 38 km in length only in the historic center, [1] which reach 53 km by counting those outside the port. Due to their artistic and cultural relevance, the Bolognese porticoes are a UNESCO “World Heritage Site”.

«Often, at two in the morning, returning to my accommodation, in Bologna, through these long arcades, the soul exalted by those beautiful eyes that I had just seen, passing in front of those buildings of which, with its large shadows, the moon he drew the masses, I happened to stop, oppressed by happiness, to say to me: How beautiful it is!» (Stendhal, Voyages en Italie, 1826)

9. A hidden place: the crib in Porretta

10. The Porrettana Railway, the panoramic train between Emilia and Tuscany 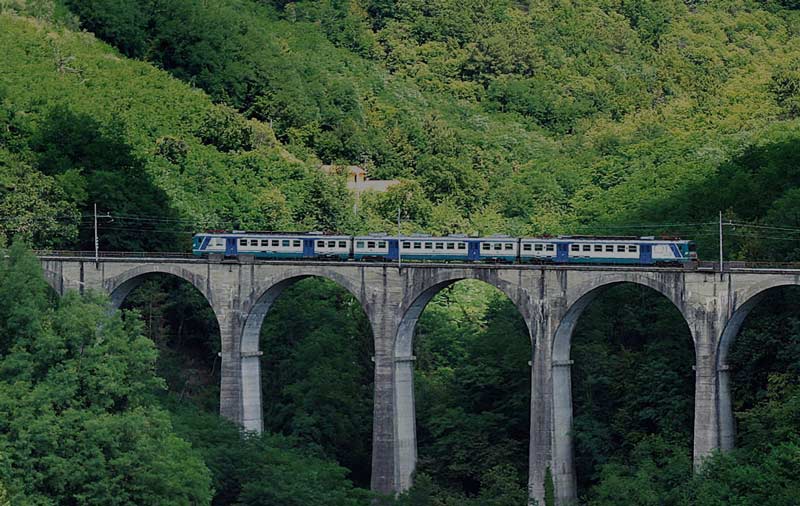 The Porrettana Railway (named after the spa town of Porretta Terme) is an Italian railway connecting Bologna to Pistoia and was the first line traveling through the Apennines between Tuscany and Emilia-Romagna. It is also known as the Transappenninica (“trans-Apennines”). It was officially called the Strada ferrata dell’Italia Centrale (“Central Italy Railway”) and was officially inaugurated by King Victor Emmanuel II in 1864. At the time it was an enormous engineering project with its 47 tunnels and 35 bridges and viaducts, with a total length of 99 km. The most difficult section was the 14 km stretch between Pracchia and Pistoia, which had a drop of 500 metres. The project was put in the charge of the French engineer Jean Louis Protche who solved the problem by designing a spiral tunnel between Piteccio and Corbezzi. This solution was then used for the construction of the Gotthard Tunnel. In Porretta Terme a square was dedicated to Protche and Victor Emmanuel II, who opened the line. It was electrified on the three-phase system in 1934.

11. Bolognese hills, a cradle of viticulture 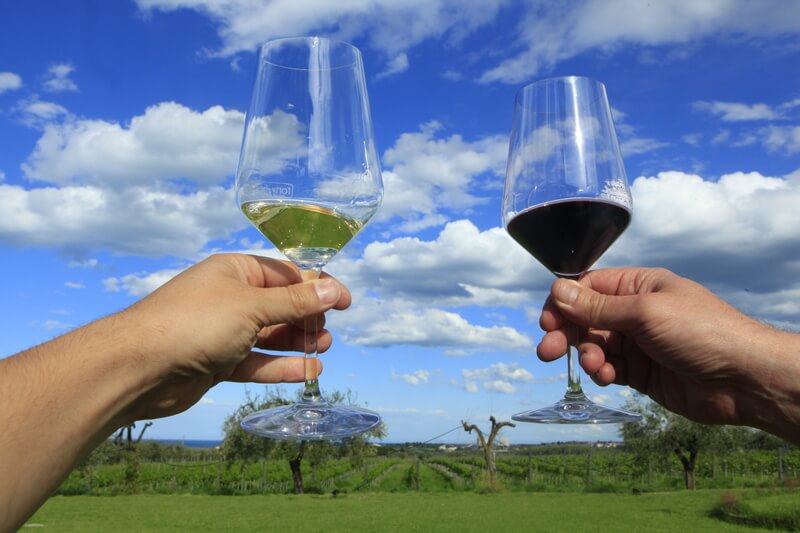 A territory with an extraordinary landscape, history, and cultural heritage, recognized worldwide for the quality of its food and wine. Located in the hills to the south and west of Bologna, at various heights and with extremely wide range of soils and microclimates, this territory is devoted to the production of quality wines; from the great red wines, popular all over the world, to the DOCG Colli Bolognesi Pignoletto wine, produced in the Pignoletto area.

12. The Reno River and the nature that surrounds it 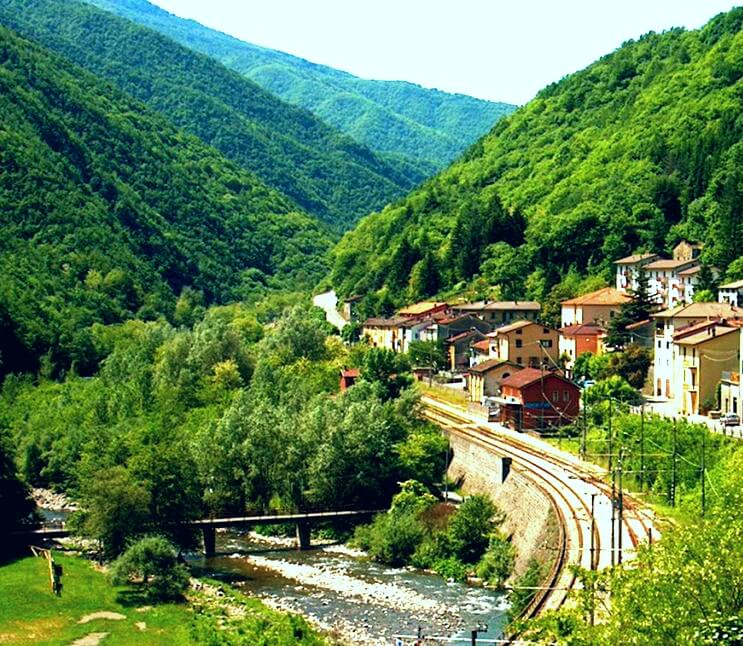 The Reno is a river of Emilia-Romagna, northern Italy. It is the tenth longest river in Italy (the sixth longest of those that flow directly into the sea) and the most important of the region apart from the Po. The river rises in the Le Lari massif of the province of Pistoia (Tuscany) at about 745 metres (2,444 ft) above sea level, from two streams that join near Le Piastre, in the comune of Pistoia. Its upper course marks the border between Tuscany and Emilia-Romagna and flows in a wooded area crossed by the Bologna-Porretta-Pistoia railway line (inaugurated in 1864 and one of the most outstanding for the time for engineering effort). The upper course is characterized by several artificial reservoirs whose dams are used for hydro-electric energy production. The natural landscape created by the river is also suggestive.

Ready to experience Emilia Romagna with us?

Get in touch today for more information about this region. I am ready to help you choose the best options for your dream vacation!

2 thoughts on “What to see in Emilia Romagna, Italy, a list of the best places” 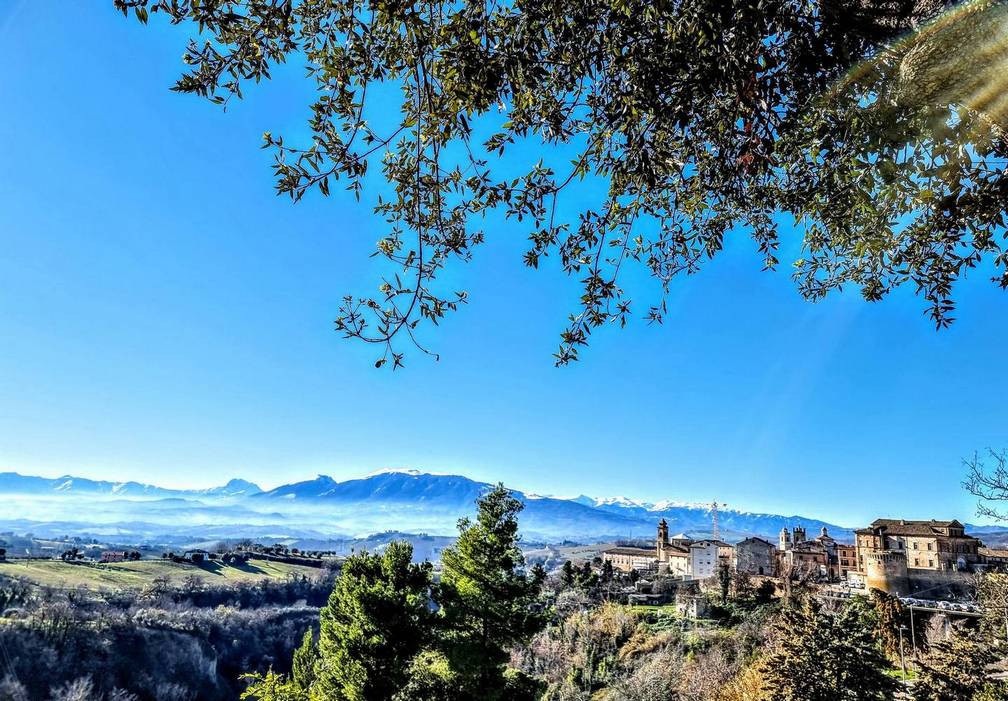 We have always talked about Abruzzo as Italy’s best kept secret, but Le Marche region, located between the green Apennines and the turquoise Adriatic, can 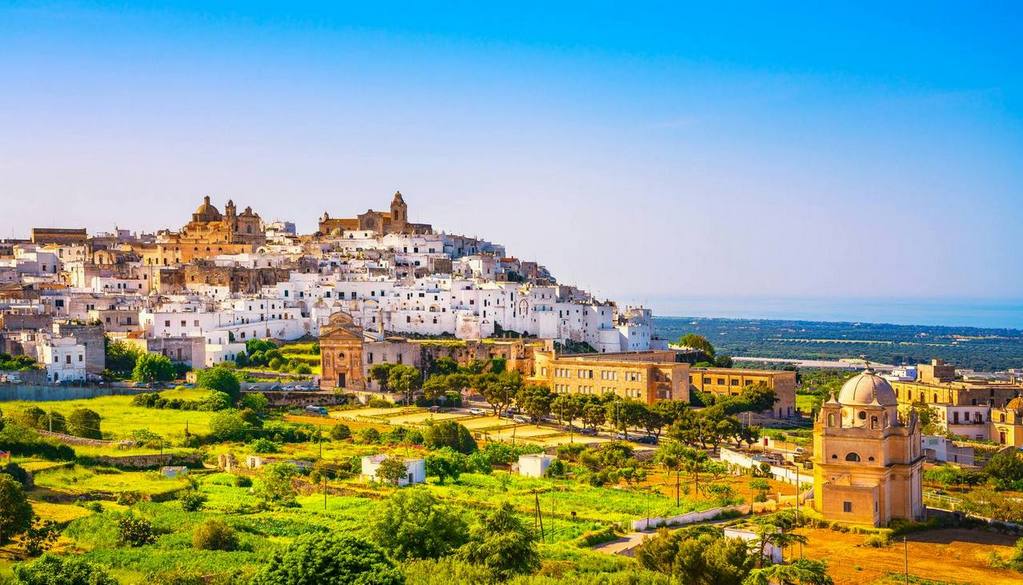 Puglia, Italy (also known as Apulia, its lesser common Latin name) is a beautiful region in the south of the country, specifically in the ‘heel’ 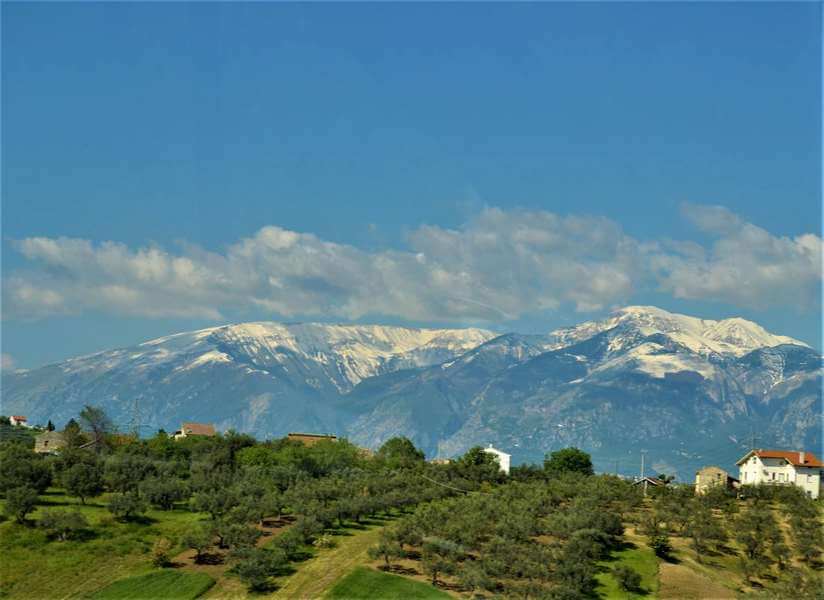 Maiella National Park is one of Italy’s 24 national parks and one of three national parks in Abruzzo, established in 1991. The territory comprising the 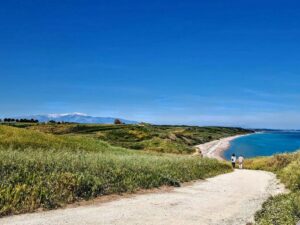 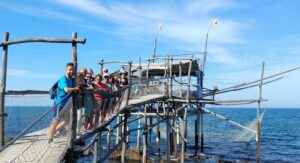